Day 2 | Pig Production in China: Now and Into the Future 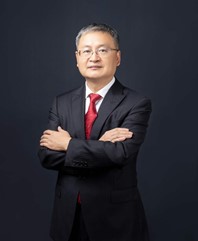 He joined the Giant Star Group in 1994 and served as technical director, general manager of branch offices, president of the Group, board director; and in 2013, took up his current position as board chairman of Giant Star Agricultural and Livestock Co. From 2018 to present, he has been the secretary General and legal person of Sichuan Animal Husbandry Association