Day 2 | A Labor Plan for the Future & Inflation in a Commodity Industry: Panel Discussion 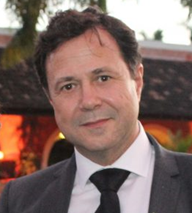 Claudio Freixes is a veterinarian from the University of Concepción in Chile, with extensive experience in the management of pig companies internationally. He is currently General Director of Kekén, one of the main pork producing companies in Mexico.

One of his first roles included starting the pig production division of Agrosuper in Chile. In 1991, he and his family moved to Mexico to develop a pig production company known as “Kekén”. He then joined PIC in corporate production in the late 90s and later served as the managing director of Spain, Italy and Portugal.

Claudio returned to Kekén in 2001 and has been in his current role since 2008. Kekén has been recognized for having the highest production standards, a wide commercial network (including 530 stores nationwide), as well as exports area to Asia and America.